Uninsured Motorist Coverage; Since there are Two Wrongful Death Claims, Can I Make Two Claims on the Policy?

As we have discussed many times, a wrongful death claim in Georgia has two components; the statutory wrongful death claim laid out by law and the claim held by the Estate. The statutory claim is for the full value of the life of the person who died, both economic and non-economic. The Estate claim is for any pain and suffering before death, funeral expenses and punitive damages. Georgia Clinic, P.C. v. Stout, 323 Ga. App. 487 (2013) 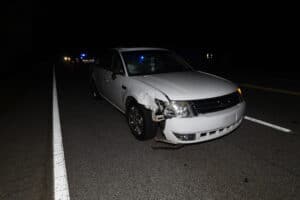 One question that can arise when dealing with a death and a tortfeasor with two little insurance is, since the Underinsured Motorist insurance policy is written in a split fashion such as $25,000 per person, $50,000 per claim or $250,000 per person and $500,000 per claim, since a wrongful death claim has two different claims and can be brought by two different people, does that mean $25,000 can go to the statutory claim and $25,000 to the Estate? Unfortunately the answer is “no.” Appellate courts in Georgia have ruled that the claims are derivative of the same claim and therefore only one claim.

In Erturk v. GEICO Gen. Ins. Co.  315 Ga.App. 274 (2012) The widow settled with the tortfeasor for the $100,000 policy limits with $1,000 going to the Estate Claim and $99,000 going to the statutory wrongful death claim. She then turned to her Underinsured Motorist Insurance Policy and tried to pursue $24,000 dollars from the reducing policy. Remember that with a reducing policy, if the death claims are one claim then the UM policy provides no coverage at all. 100 is greater than 25. Her argument was “well the Estate only got $1,000, so there is $24,000 available.” The Court disagreed and wrote “(w)hile the claims are two separate causes of action with two different beneficiaries under the law, the wrongful death claim here does not constitute an “other claim” for purposes of triggering uninsured motorist coverage under the former OCGA § 33–7–11(b)(1)(D)(ii).”

Kudos for the lawyers trying to do their best for the client but the two claims derive from the same death. Compare a similar fact pattern though. What if husband and wife are in the crash and he dies and she survives. She has grounds to bring her negligent infliction of emotional distress claim for being in the crash and witnessing his death. Even if she wasn’t in the crash and saw it, so long as her property (his clothes and car) were damaged, the law would allow that separate claim. She could get the $100,000 from the tortfeasor for the death and then another $100,000 from the tortfeasor for her own, stand-alone, negligent infliction of emotional distress claim.

The devil is in the details in cases like this but it makes sense to call and lawyer and really sift through the facts. An additional place the lawyer can look is to the documents the insurance company is required to maintain if they are claiming the Uninsured Motorist Insurance limits are lower than the liability limits. The insurance carrier must have proof that the insured made that selection or the coverage defaults to the liability limits and add on coverage.  Remember, the consultations are free so ask questions.